Let’s see if this helps: 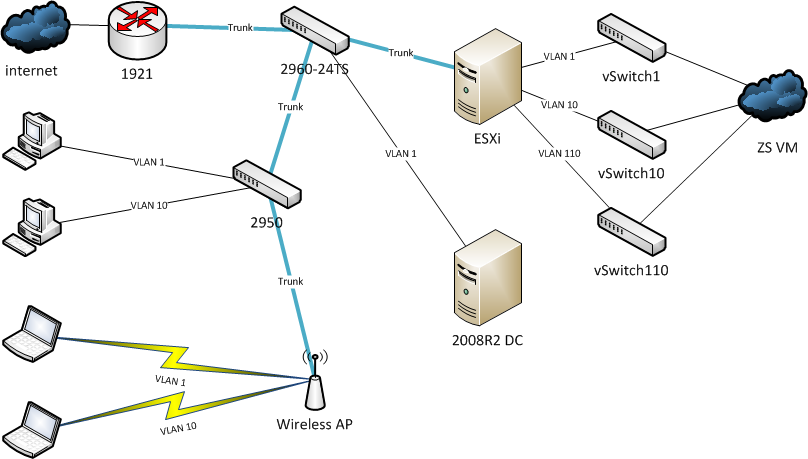 To force traffic from VLAN 10 through the ZS transparent proxy, the ZS router must be the default gateway for hosts on VLAN 10. This will mean either changing the gateway setting on the hosts, or changing the ZS VLAN 10 connection’s IPv4 address to match the original gateway setting.

Next you make a virtual interface on your Cisco 1921. I don’t remember the syntax, but the end result is you end up with an interface named ‘fe0.110’ for a hypothetical VLAN 110. Give this a unique IPv4 address, and change the default gateway setting on the ZS VM to use it.

This makes traffic from VLAN 10 pass through the ZS VM, get filtered, then directed out VLAN 110 to the 1921 router and out to the net. No one but the 1921 and ZS would see VLAN 110 as long as you don’t assign any access switchports to it.

The VLAN 1 connection to the ZS VM is optional, it appears. You could keep it if you wanted to, I suppose, for administering the ZS installation.